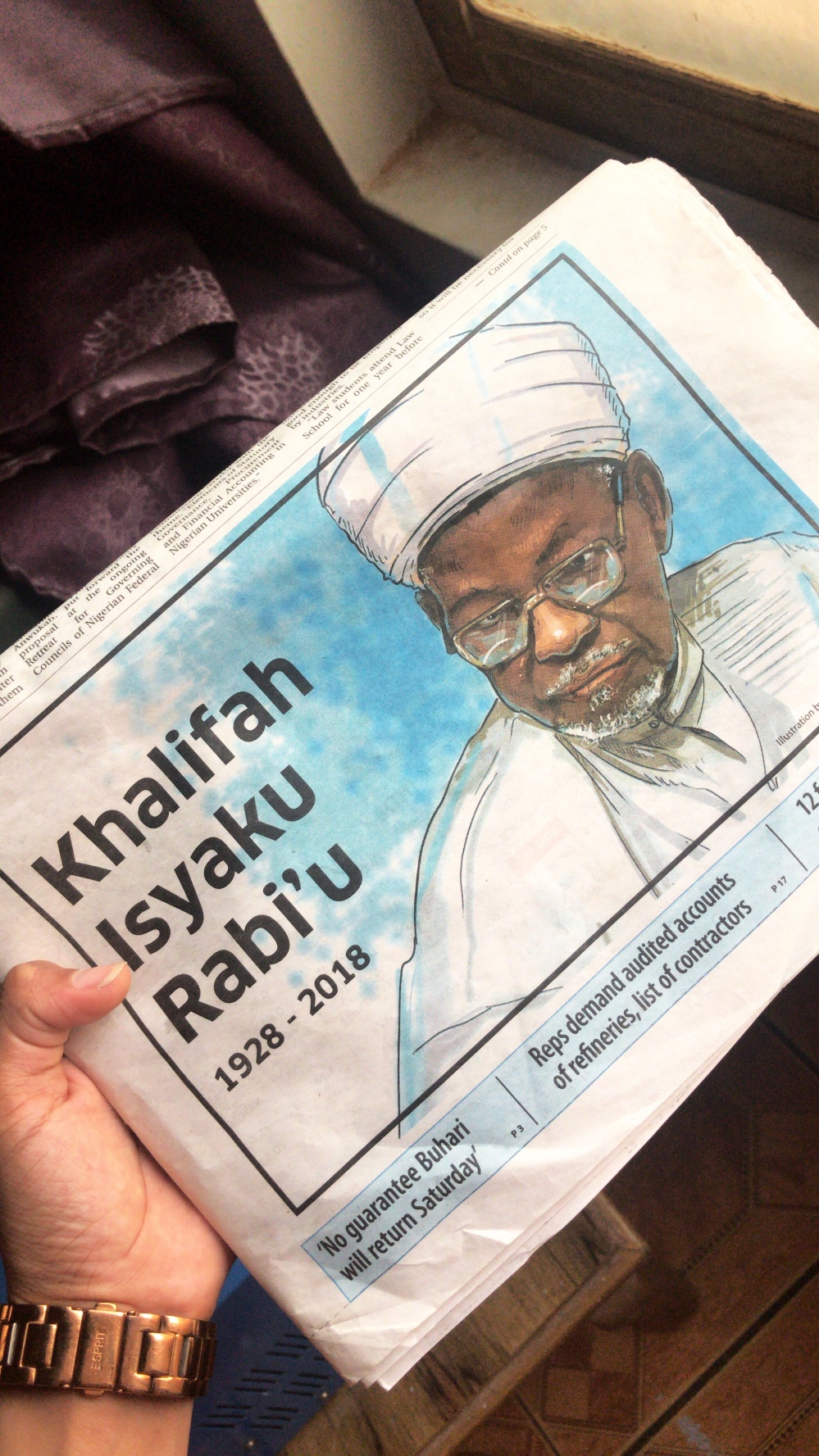 With a heavy heart, I Ummeeta Rabiu would love to write a short tribute to my grandfather;

At a young age he moved to Maiduguri, for Islamic studies (almajiranci) for 4years. He then moved back to Kano to start preaching on his own. My grandfather, was a full time islamic preacher by 1949.

In the early 1950s while still a teacher, My grandfather began to engage in private enterprise and established Isyaku Rabiu & Sons in 1952.

As my grandfather’s business grew, he devoted all his time and money in the service of the Qur’an. He helped millions of people in Nigeria and beyond. He built over 60 houses for Quranic memorizers. He fed over 500 students daily at a school he built just for Quranic memorization, He gave jobs to millions of people. I can say my grandfather was a renowned philanthropist who devoted his time, life and wealth to helping people.

My father had a really good relationship with my grandfather, He loved my father so much that he listened to his recitation daily. He was so proud of my father that he said to us “Qur’ani gadon gidanmu ne, Alhamdulillah Allah ya bawa mallan ni, ni kuma Allah ya bani Isuhu” ( English ; Quran is our family heritage, God gave my Father me and Thank God, he gave me Yusuf). My father represented him in all the events he needed to make an appearance at, even if he was there, my father would still be by his side.

My grandfather and I were really close, we joked and played. The first thing he says to me when I visit him was “Ta madina yar kwalba”. My heart really is in pain but Alhamdulillah Halifa had a good and productive life, and an even better ending. Allah yaji kan Halifa ya sa Aljannah ce makoma.